Montserrat is a mountain that offers many possibilities to discover on foot, where you will find excursions or marked walks.

Very close to the Sant Joan Funicular, routes with different levels of difficulty and duration are waiting for you, suitable for all audiences. Below, we present a small tasting of all the paths you can take! Are you ready?

From the sanctuary to the Pla de les Taràntules, along the Pla de Sant Miquel

Comfortable path with wide views, which leads to the crossroads of the Pla de les Taràntules, where the upper station of the Sant Joan funicular is located, at an altitude of almost 275 meters higher than that of the sanctuary. It is partly part of a section of the GR 5, GR 6, GR 6-1 and GR 172 trails and is therefore marked with white and red markings typical of long-distance trails.

From the sanctuary to Sant Jeroni

Undoubtedly, the best views of the mountain and its surroundings are obtained from the highest peak of the mountain: Sant Jeroni (1,236 m). The first section of the route corresponds to route 1 and follows the path from Sant Miquel to Sant Joan. To the right of the upper station of the Sant Joan funicular is the path that leads to the top. The descent to the monastery is done by the stairs of the Poor. The first section can be overcome with the Sant Joan funicular.

A small excursion that allows you to reach, after overcoming a drop of a hundred meters, an easily accessible viewpoint and excellent views. In the Pla de les Taràntules is the upper station of the Sant Joan Funicular.

By Jacob's ladder. Picturesque excursion to the remains of the hermitage of Santa Magdalena, one of the highest points in this region of the mountain and an excellent viewpoint. The difference in level is about 150 meters. In the Pla de les Taràntules is the upper station of the Sant Joan Funicular. 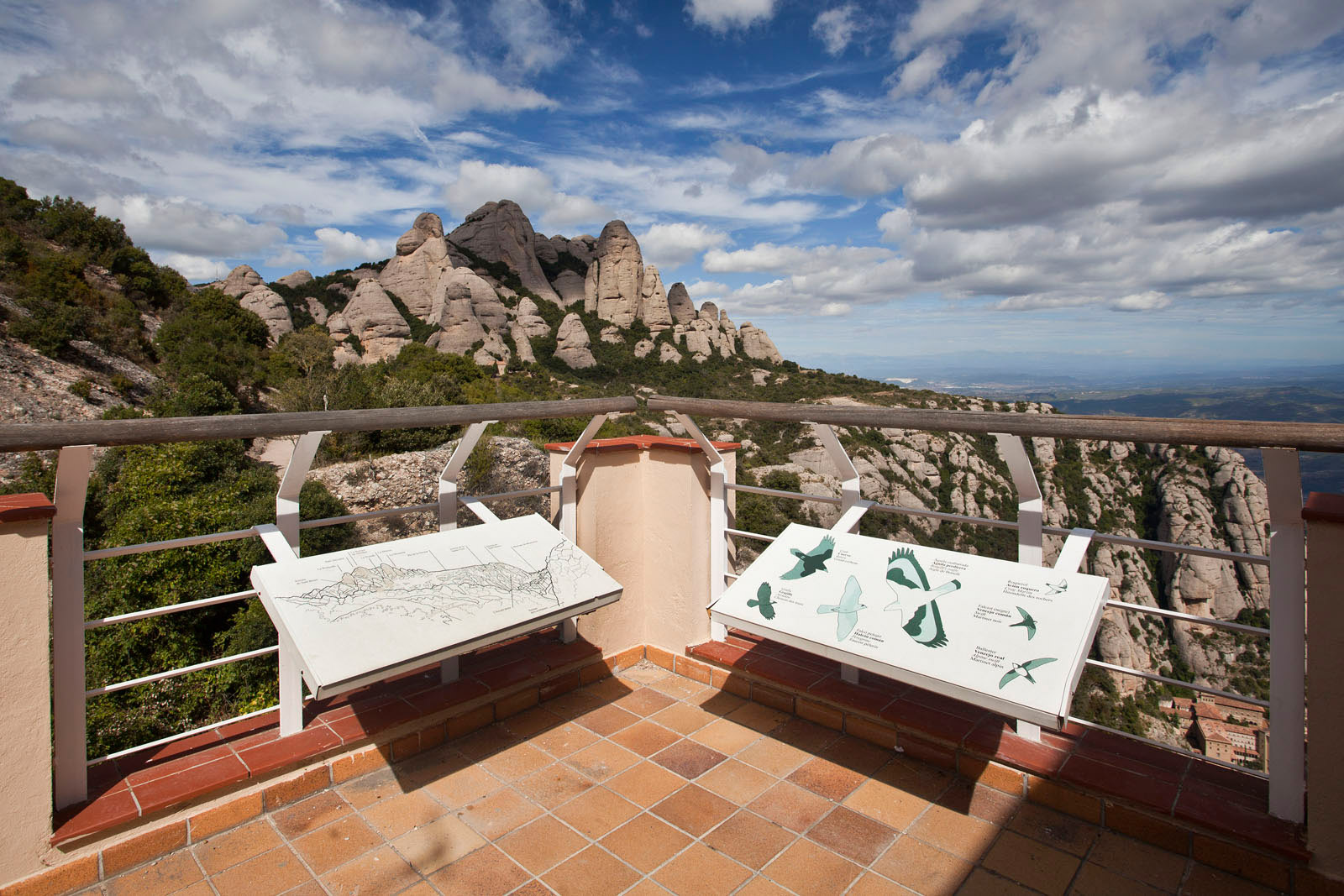