Discover the history of the Núria Rack Railway

The extraordinary creation of the rack railway at an exceptional time became a benchmark among mountain railways throughout Europe. In addition, it allowed the comfortable movement of people, pilgrims and authorities to reach and discover the Vall de Núria, one of the most emblematic places in Catalonia. 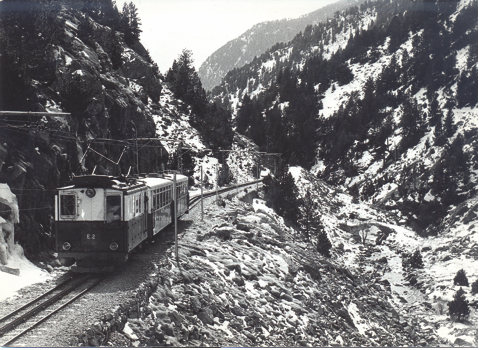 If we go back to the beginning of the 20th century, the Vall de Núria was a place of rest and mysticism located in an isolated place and only accessible on foot due to the geographical location where it is located.

During those times, the Vall de Núria became a place frequented by the increase in pilgrims and people who came for the growth of winter sports and also for the sanctuary to venerate the Virgin of Núria, and all this made it necessary to people the creation of a means of transport that would improve its accessibility.

Due to this need, work began on different projects where the creation of a funicular, a cable car or the extension of the road from Queralbs was proposed. But it was not until 1924 that the company of Ferrocarrils de Muntanya a Grans Pendents (FMGP), manager of the Montserrat rack railway, proposed the construction of a rack railway. So after the difficulties of its construction, in 1930 the first locomotive arrived in Núria and on March 22, 1931 its line was inaugurated. 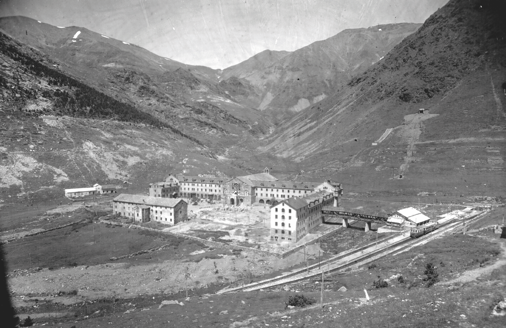 The rack railway without a doubt has the honor of being the railway in Spain built at the highest altitude. The first route of the rack railway was twelve kilometers and allowed the municipal districts of Ribes de Freser and Núria to be joined. Its construction was very difficult to execute as it had to be done in an unrewarding physical environment and at a time when construction tools were not so sophisticated.

Despite the adversities encountered in this project, it should be noted that more than a thousand people worked, made up of workers, engineers and architects, who managed to carry out this rail link.

At that time, the rack railway was an innovative engineering work and was an attraction for the children, who were fascinated by a mechanical ingenuity painted in a bluish color that, with an almost magical ease, overcame steep slopes. In addition, rack railway users took advantage of the journey to contemplate the spectacular landscape that can be seen. 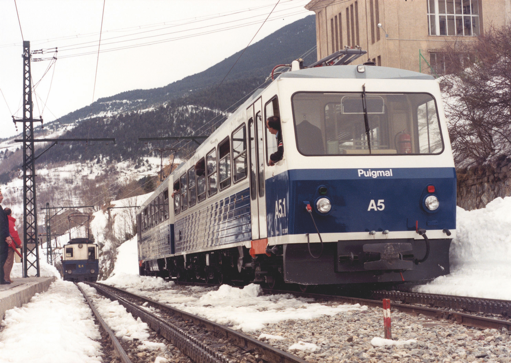 Currently, the rack railway is the only means of transport that allowed and allows access to Núria, we can say that it is like an umbilical cord that unites the Vall de Núria with civilization.

Once the rack railway was inaugurated, the Sanctuary of Núria, a place that could only be accessed on foot, became a place frequented by thousands of people, mainly due to the pilgrimage of visitors and faithful, as well as the role it played in hosting important events for our country. such as the drafting of the Statute of Núria just the year after it came into operation.

Over time, the rack railway needed improvements in the service, due to the few investments that had been made in its infrastructure and facilities, which were degrading over time.

Hence, in the course of the 1980s, Ferrocarrils de la Generalitat de Catalunya assumed the management of the rack railway, which entailed a continuous investment in trains, tracks, catenaries and stations that allows us to speak today of a service of transportation quality. 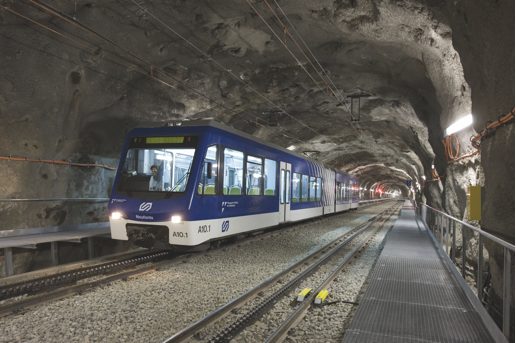 Thanks to this management, we can say that it is a mountain line that offers exceptional technical characteristics that has at all times the objective of offering the Vall de Núria an environmental benchmark as a valley with zero emissions.

From Ferrocarrils de la Generalitat de Catalunya (FGC), we wanted to make known the history of the Vall de Núria rack railway, for the years that it has been working with this means of transport, the effort behind the people who made it possible and for the ease and help it offers in accessibility.

In the following video you can enjoy the history of the Vall de Núria rack railway explained in another way. Do not miss it!