A placid journey that combines legend and art

The Santa Cova Funicular connects the sanctuary with the cave, the troglodyte chapel attached to the rock where, according to legend, shepherds found the image of the Virgin of Montserrat. Since 1929, pilgrims have descended by funicular to this emblematic place, where art and nature are breathed.

This transport arrives at the place where the monumental Rosary begins, the most important outdoor sculptural ensemble of Catalan modernism, with works by Antoni Gaudí and Josep Llimona, among others. There is also an exhibition dedicated to funiculars, their operation and their history.

The funicular runs a route of 262 meters, and overcomes a drop of 118 meters. The Santa Cova Funicular was built in 1929 for the Ferrocarrils de Muntanya a Grans Pendents (FMGP) company, which also owned the Sant Joan Funicular. Since 1986, both funiculars are managed by FGC.

Over the years, the Santa Cova Funicular has been renovated twice - in 1963 and 1991 - but the severe floods that hit the mountain of Montserrat during the month of June 2000, profoundly affected the facilities As the lower station and one of the cars were partially destroyed.

The opportunity was taken to completely renovate the facilities of the line, with new panoramic vehicles, which entered service in June 2001. 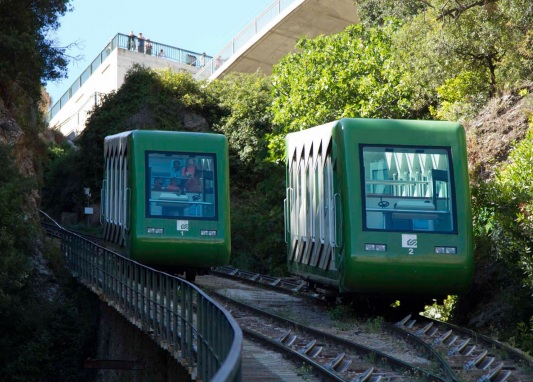 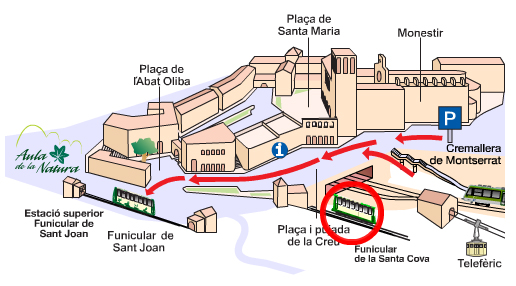 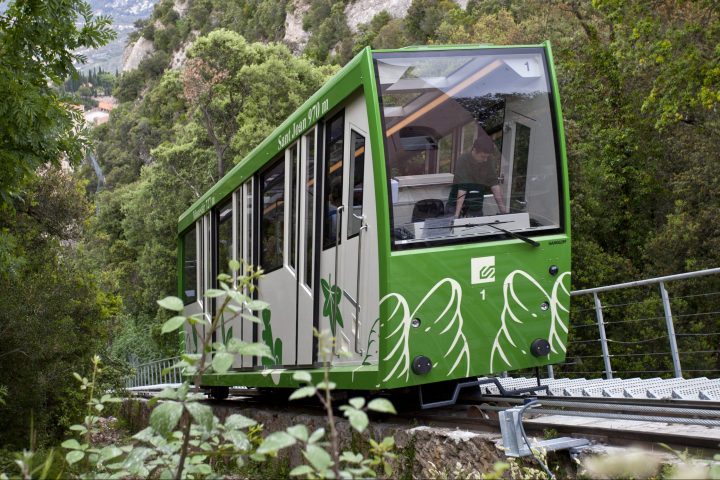 The best panoramic views of the mountain and the monastery from a bird's eye view. 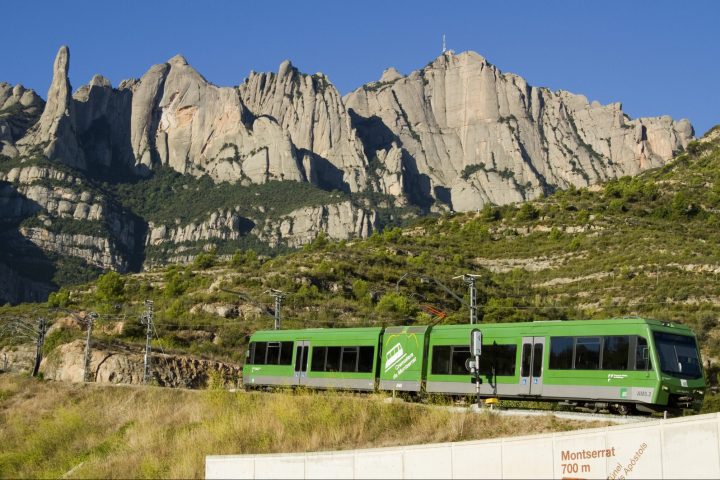 Spectacular views: 5 km of route and a drop of 600 meters.

Prepare your trip with Turistren

How to get there?